Guardians of Guitar Recordings is a new imprint label dedicated to all things guitar. Michael Molenda — the longest serving Editor-in-Chief of Guitar Player magazine (21 years) and founder of GuardiansofGuitar.com — will head up the label, and will keep his ears open for new and exciting artists to provide releases for the label.

Prior to helming Guitar Player magazine, Mike was Editor-in-Chief of Electronic Musician from 1990-1998, and he helped transform the once-DIY/computer magazine into the largest and most successful home-recording publication of its time. In 1983, he launched San Francisco’s first live multimedia rock-theater piece, Streetbeat, at Bill Graham’s Wolfang’s Night Club with 20 dancers, a full band, projection screens, voice-overs, and actors. Whoopi Goldberg was the opening act.

Mike has written and/or edited several books for Hal Leonard Publishing, including The Guitar Player Book, Guitar Heroes of the ’70s, and 50 Unsung Heros of the Guitar. He also wrote and directed the video for Picture Me Broken’s “(Dearest) I’m So Sorry” and produced two songs by rockabilly artist Dave Cimmen for the Michael Douglas/Sean Penn film, THE GAME. Additionally, he has produced and engineered tracks for clients such as NASA, Roto Rooter, SBK Music, Sire Records, The National Park Service, Lines Ballet and Max Headroom.

Mike currently leads a rocked-up tribute to the Monkees — The Trouble With Monkeys — and plays bass with original act Bad Jacket, and drums for ’60s Mod tribute band The Diversions and surf group, Surf Monster. 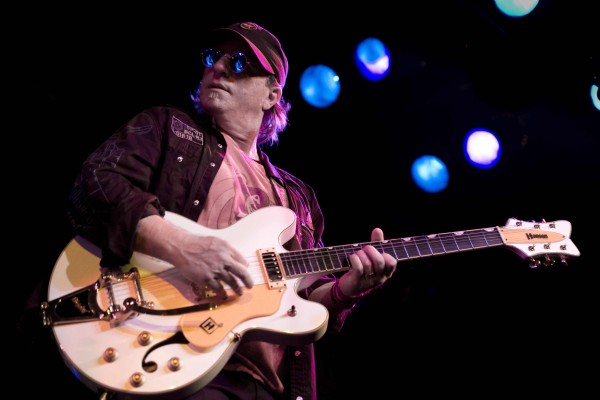