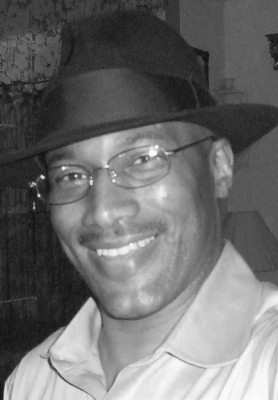 Bassist/songwriter/producer/multi-instrumentalist/arranger Timmy Allen co-produced Stephanie Mills’ number one R&B hit “(You’re Puttin’) A Rush on Me.” Allen has been associated with hits by the Backstreet Boys, Glenn Jones, Change, Freddie Jackson, and a slew of others. From Philadelphia, Allen played bass in the New York band Kinky Fox, which also included Johnny Kemp (the number one R&B hit “Just Got Paid”). Producer Paul Laurence asked Allen to play on tracks that he was producing for Freddie Jackson. Allen let Laurence hear a track that he had written called “Puttin’ a Rush on Me.” Laurence was impressed and began writing lyrics for the track. “(You’re Puttin’) A Rush on Me” b/w the instrumental version gave Stephanie Mills her third number one R&B hit. The duo also co-wrote hits for Lillo Thomas: &”Your Love’s Got a Hold on Me” (number 11 R&B, summer 1984), “Sexy Girl” (number nine R&B, early 1986), and “I’m in Love” — not the Evelyn King hit.

Allen can be heard on Freddie Jackson’s platinum LPs Rock Me Tonight and Just Like the First Time, Glenn Jones’ “We’ve Only Just Begun,” Billy Ocean’s Suddenly, and “She’s Playing Hard to Get” by Hi Five from the gold album Keep It Going On. He can be heard on the Change songs “Got My Eyes on You,” “It Burns Me Up,” and “Lovely Lady” from Change of Heart, which was a number 15 R&B hit. He can also be heard on “Hot Wild Unrestricted Crazy Love” and the charming “I Fell in Love” for Millie Jackson on An Imitation of Love and on “I’m Gonna Be Your Lover (Tonight)” by Meli’sa Morgan and “Love High” from Jeff Redd’s Quiet Storm CD (MCA 1990). 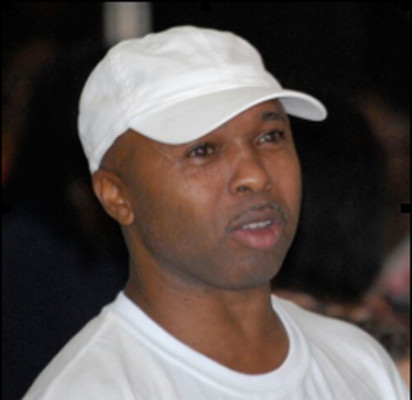 Clarence Jenkins –– known by many as “CJ”–– is a Man for All Seasons:  record producer, music manager, executive music producer, and label head at Hit Mission/Mi5 Recordings/Universal Music Group. He is also a twenty-one-year veteran public school educator in Richmond, VA. a twelve-year veteran of the United States Armed Forces.  CJ played a major role in developing and introducing the music world to famed superstar artist/singer Chris Brown.
CJ has worked in the music industry for over thirty years, during which he played critical roles in developing, financing, and executive producing in stand-out projects with songwriters, talent developers, and music industry leaders including  Timmy Allen (Change, Britney Spears, Millie Jackson, Freddie Jackson, James Ingram, Stephanie Mills, Michael Bolton, Tom Jones, Backstreet Boys,) and music artists Lamont Fleming and Chris Brown.
CJ landed his first production/recording deal for the Trio Group, “One To Grow On,” with Character Music Corporation and Steven Spielberg Dream Works.  CJ after developing Chris Brown through his production company HitMission, CJ went on to work artists such Kenny Lattimore and Chante Moore. CJ also took on the responsibility of financing many young protégé’s and their careers including a trio group, “LaMaRe,” singer songwriter LaMont Fleming and many others.  His work with BET’S producer Sita Lewis, (President of Voicez Music Group and TV Producer), who signed the group for BET’s,” Talent Showcase Teen Summit,”  put the group as one of the top competitors ––including up against the female vocal group X-SCAPE–– “LaMaRe,” won distinction as the top act, bringing the studio audience to their feet. CJ also developed a working relationship with Troy Taylor for ten years, who had worked with such iconic artists as Destiny’s Child, Tyrese, Carl Thomas, Johnny Gill. CJ, Troy Taylor, and Charles Farrar packaged and shopped the trio, LaMaRe, later changing the group’s name to  “One to Grow On.”  DreamWorks’ Gerald Busby signed the group; CJ managed the whole project with production costs, financing and logistics while LaMont Fleming and Troy wrote and produced seventy-five percent of the album.
But it was time for CJ to create his own record label.  ”Hit Mission,” a production company and now record label (distributed through Mi5 Recordings Universal Music Group) brought in all of CJ’s former partners and artists as well as Timmy Allen, bass player, producer and songwriter with such artists as Britney Spears. Together,  Mi5 Recordings (a label created by former Modern English band member and multicultural British producer, HitMission expanded its horizons and looked toward creating record label and distribution deals for established and new artists. Mi5 Recordings has worked with a wide array of international artists in Rock, Urban, Hip Hop, and Rai/North African music. Artists including Snoop Dogg, Mary J Blige, Pharrell Williams, Common, Gang Starr, Cheb Khaled, Souad Massi, Downton Abbey’s Elizabeth Mcgovern, Jeff Beck, Robert Plant, Santana, Naked Eyes, just to name a few. Ted Mason and CJ plan to expand new opportunities and marketing ideas for both Hit Mission and Mi5 Recordings.
Other projects with Hit Mission included production/co-songwriting on Atlantic Records’ artist Young STEFF’s album , along with songwriter/ producers B. Cox, T. Pain, and Rich Harrison.  CJ and LaMont also worked with Foxx King, the project for which LaMont wrote and sang the theme song for Jamie  Foxx’s reality show on MTV/VH1, Jamie Foxx’s, “From Gs to Gents.”
Twitter
Facebook
Reverbnation 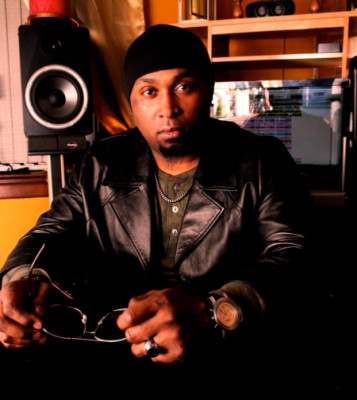 LaMont Fleming began his journey in music many years ago. His initial training was with his father, Walter Fleming. LaMont’s father, Walter had his own band on the Chittlin Circuit playing behind major recording artist. After working with his father up to the tender age of 10, Mr. Fleming signed his son over to school teacher, Clarence Jenkins (CJ)/CJ Productions to further his career. With a production situation 10-year-old LaMont began his quest toward a professional career. After joining a trio group named LaMaRe, he began to write and produce original pieces for the group at the age of 12. LaMont possesses an incredible ear and the ability to remake old songs with remarkable vocal arrangements and harmonies. It wasn’t long before CJ introduced the group to BET’S producer Sita Lewis,(President of Voicez Music Group and TV Producer), who signed the group up for BET’S Talent Showcase Teen Summit. Of all the top competitors including the female vocal group X-SCAPE, LaMont’s group based on his vocal arrangements of “Hard To Say Goodbye” by far finished as the top act, bringing the studio audience to their feet. LaMont continued his art of singing, writing and producing all over the country as the group amazed crowds with their vocal ability and arrangements. The group was offered a 14 state tour but settled for a 7 state tour due to school and tour date conflicts.

After many shows LaMont’s trio group LaMaRe, was off to the big apple New York working with super producer, Troy Taylor. During his tenure CJ arranged for LaMont to work as an understudy to Troy Taylor for a period of 10 years working with such artist as Destiny’s Child, Tyrese, Carl Thomas, Johnny Gill and many others. On the NFL Jam CD LaMont wrote, produced and sang background on the single “Get It Started”, recorded by Johnnie Gill. After working with many other artists Clarence Jenkins “CJ” LaMont, Troy Taylor and Charles Farrar packaged and shopped the trio group LaMaRe, in which the name changed later to “One to Grow O”n. DreamWorks, Gerald Busby signed the group; LaMont and Troy wrote and produced seventy-five percent (75%) of the album. Sadly enough, Gerald Busby exited from DreamWorks putting the group in a permanent hold status. Devastated from the loss of a recording contract and the breakup of the group CJ and LaMont continued to move forward making it clear to everyone this was their shared dream and desire therefore they would pray, regroup and move forward (Throwing in the towel wasn’t an option).