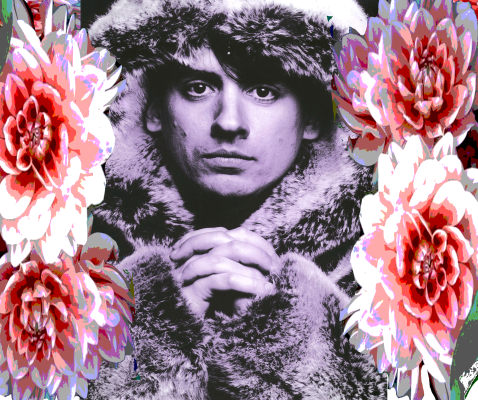 Ted studied classical guitar at the San Francisco conservatory of music before joining Modern English and is also consummate bebop musician. Mr. Mason also understands film production and design insuring optimum visual packaging and artistic growth for the Mi5 artist. His work in the film world has brought him working relationships with Robert De Niro, Jane Rosenthal (Tribeca Films), Harvey Weinstein, Sandra Bernhard, The Tribeca Film Festival as well as political figures such as President Paul Kigami of Rwanda and Bill Clinton. He brings to Mi5 Recordings the sensitivity of a trained musician, the eye and skill of production/design and his management skills provide direction in artist development securing the Mi5 artist program for a long successful career. Mi5 Recordings is dedicated to world music with concentration of African music. The label is distributed and financed by EMI in the United States and Universal in the UK.

Ted Mason: The new album, “The Road to Mecca” released June 2014, mixes the influences of world music, combining traditional Indian instruments (sitar, soourangi, tablas) with Classical strings, harps as well as western rock guitars/drums and sampling. Something Ted Mason had been working on since the late 80s, early 90s to reinvent the sound originally of Modern English, a band that lived in a multicultural city; London. “How can you be apart of London if one is not influenced by the multicultural experience. London is a diversity of people from all over the world that have helped to build the British Empire.”

“The Road to Mecca” available on iTunes